Little House .... Through the Times

The Little House books have been popular with readers for many generations; they are a wonderful living account of what life was like for pioneers on the wide prairies.

Although the core of these books is still composed of the original ones written by Laura Ingalls Wilder, other series have been added and contributed to the charming atmosphere around Laura and her family.

There are, for example, the books about her daughter, Rose, written by Roger MacBride - or about her great-grandmother, Martha Morse Tucker, who was born and raised in Scotland, and about Martha's daughter, Charlotte, who would give birth to Laura's mother, Caroline. Both, the Martha and the Charlotte Years were written by Melissa Wiley: http://melissawiley.com/series/little-house-books/

The Caroline Years, in turn, about Laura's mother, lead up to the time when Caroline and Charles get married. These books were written by Maria Wilkes and Celia Wilkins.

These series, all about different members of the same family, are just wonderful. My oldest daughter still treasures them; they are among her very favourites.

Because they are so lovely, it is hard to understand why the publisher decided to discontinue the original series and replace them with significantly abridged editions, with "photo covers", cutting out even the beautiful illustrations by Garth Williams.
This is a fate which sadly befalls many beloved children's books!
You can read more about the Little House abridged books here: http://www.fun-books.com/liwgen.htm

The complete, originally unabridged editions though, including those about Martha, Charlotte, Caroline, and Rose, are all available for checkout in our library!

If you enjoy the Laura Ingalls books, Valerie from the Crafty Classroom has a great lapbook to go with the Little House in the Big Woods. It is free and unlike many workbook-style lapbooks, this one is really creative!
http://www.lapbooklessons.com/LittleHouseintheBigWoodsLapbook.html 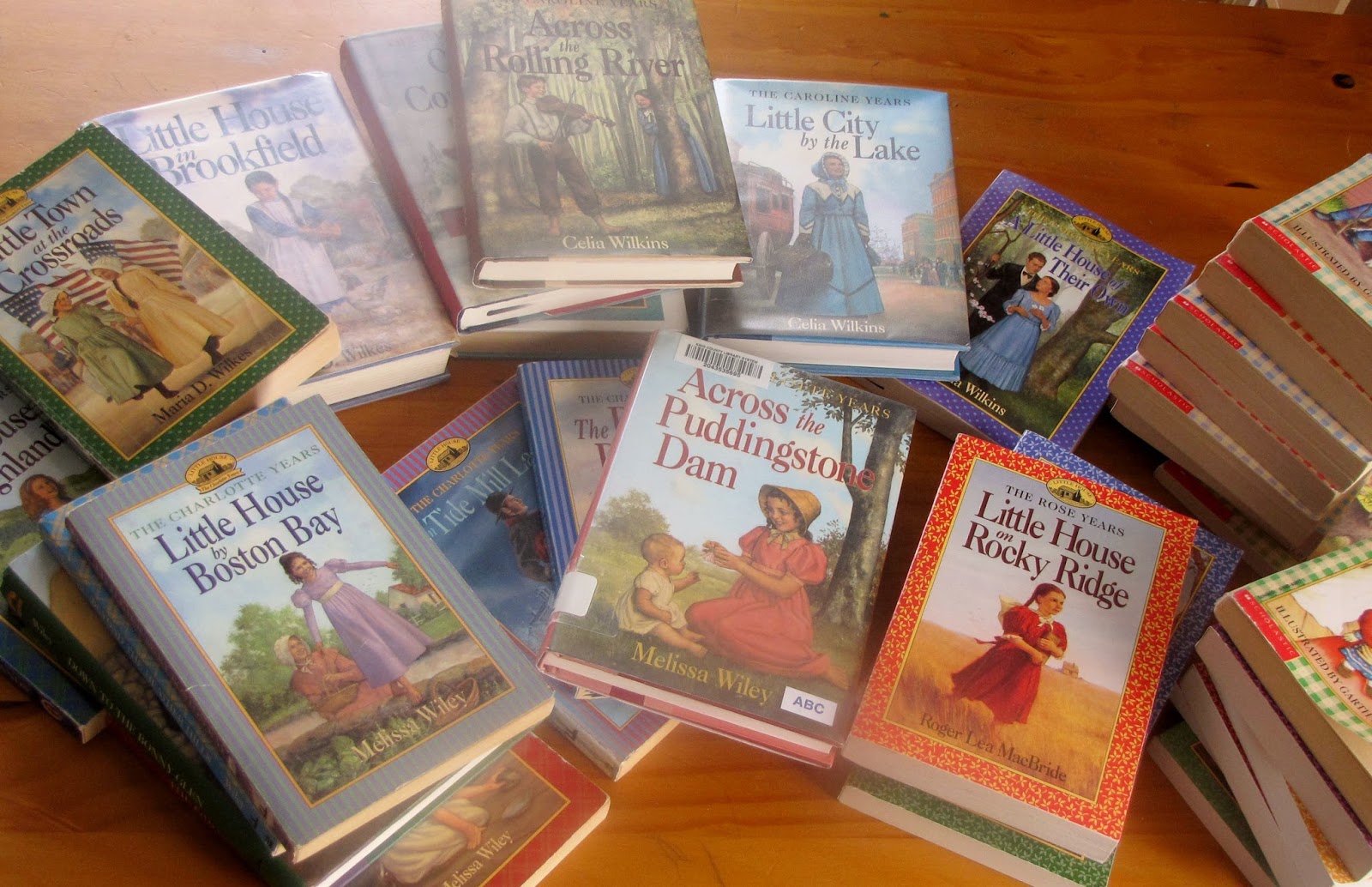